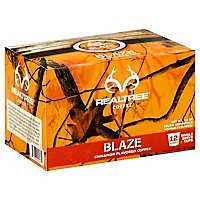 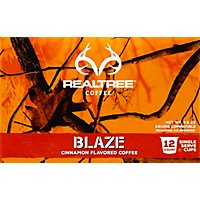 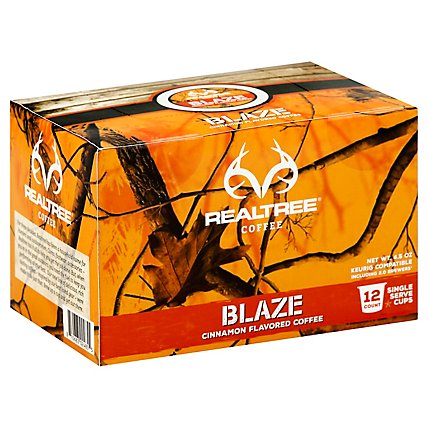 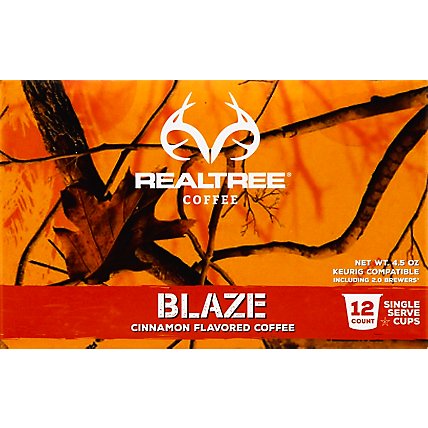 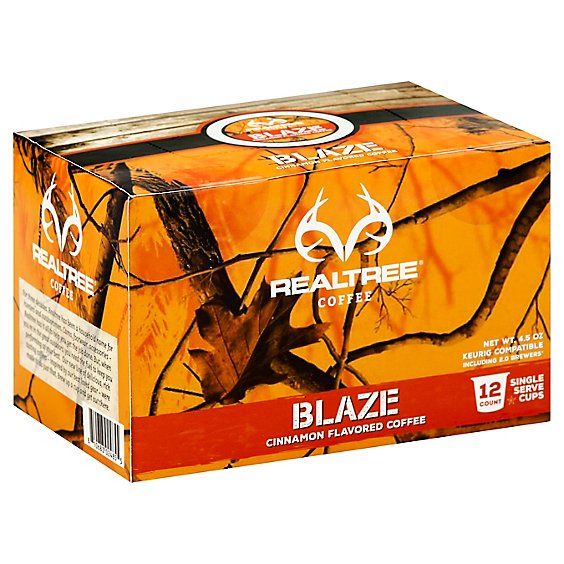 Keurig compatible including 2.0 brewers. Here's a coffee that stands out as much as its namesake camo. There's no mistaking our Realtree Blaze coffee. Packed with spicy cinnamon flavor, this medium bodied brew just doesn't blend in. And you wouldn't want it any other way. For three decades, Realtree has been a household name for hunters and outdoorsmen. Camo, footwear, accessories - Realtree has it all to help you get the job done. But, when you're in the great outdoors, you need the fuel to keep you performing at your best. Our new line of delicious, rich tasting coffees - inspired by our best loved gear - were made to do just that. Brew up a cup and get out there.

Already have an account? Sign in
Welcome We’ll need to set up your preferences to get you started with your first Schedule & Save order.
Continue
Something went wrong Sorry for the inconvenience. Please try again
Scheduled!
We will send you notification through email when your order is in process. Click on Manage to visit your Manage Schedule & Save page for more details.
Continue Shopping