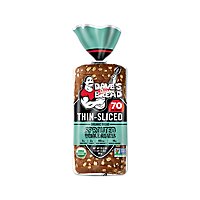 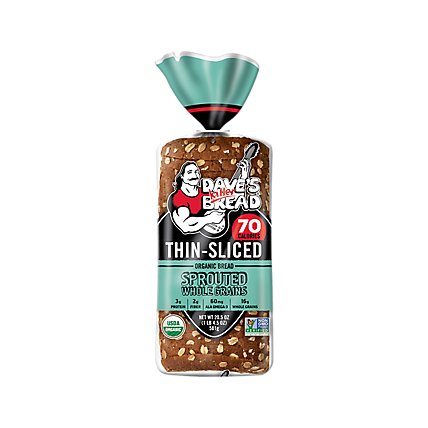 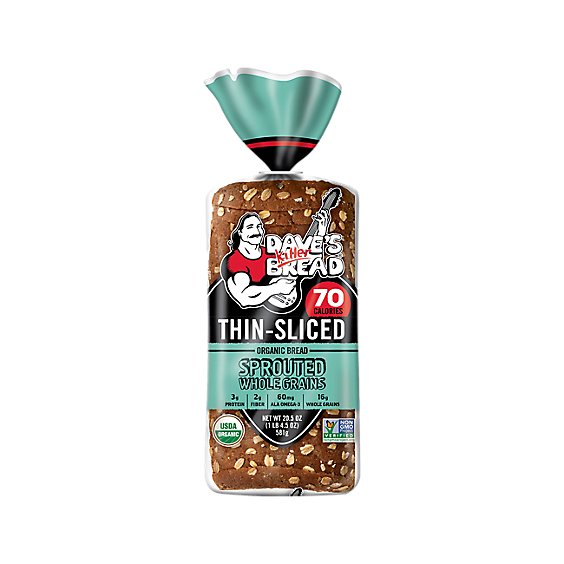 Dave's Killer Bread® Sprouted Whole Grains Thin-Sliced bread loaf is USDA organic bread with slightly sweet taste and soft texture from the delicious sprouted whole grains baked into each loaf. 3g protein, 2g fiber, 60mg ALA Omega-3 and 16g whole grains per slice. With 70 calories per slice, Sprouted Whole Grains Thin-Sliced is the perfect size for enjoying sandwiches on-the-go. Plus, each Non-GMO Project Verified bread slice is made with organic oats, wheat and rye. Dave's Killer Bread® has no high-fructose corn syrup, no artificial preservatives and no artificial ingredients. You can trust Dave's Killer Bread® to deliver killer taste, texture and whole grain nutrition. Sprouted Whole Grains Thin-Sliced bread is just what you need for sandwiches, toast and snacks. The story of Dave’s Killer Bread® began at the Portland Farmers Market, when Dave Dahl and his nephew brought some loaves of Dave's bread to sell. For Dave, this marked the beginning of a new chapter in his life. Though he grew up in a family of bakers, his life took a different path. A path that landed him in prison for 15 years. Determined to prove his worth and make a positive impact, Dave worked tirelessly to bake breads that tasted unlike anything else on the market — packed with seeds and grains, made with only the very best organic and Non-GMO Project Verified ingredients. Dave’s Killer Bread® believes everyone is capable of greatness. One in three of the company's employee partners at their Milwaukie, OR bakery has a criminal background—but your past doesn't define your future. As a proud Second Chance Employer, Dave’s Killer Bread® truly believes everyone deserves a second chance to become a Good Seed.